Home city guide things to do in ahmednagar

Things to do in Ahmednagar

Although today Ahmednagar city may not be a sought after tourist destination or a happening city of India, but it does have in store some unique tourist places and decent numbers of recreation destinations. In other words, Ahmednagar city does offer quite many worthwhile things to do to visiting tourists.

Here is a complete summary of what all worthwhile things visiting tourists can do and witness in Ahmednagar city.

Take a Journey Into Rich Medieval History of India

Ahmednagar, being a part of the important Deecan region during medieval Indian history, was amongst the most sought after places among many powerful military invaders of medieval India. Hence Ahmednagar has witnessed history like no other city of Maharashtra and today in the form of many historical monuments offers amazing glimpses into rich Indian history to its visitors and tourists. 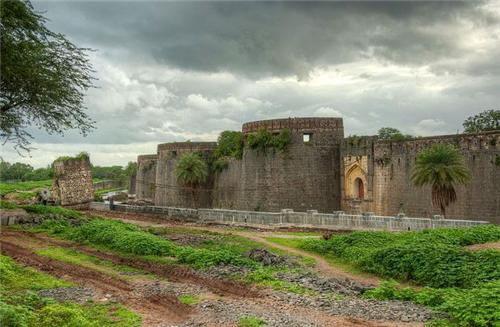 From military and strategic point of view, Ahmednagar Fort was one of the greatest forts ever built in the history of India. So, not surprisingly many great kings of India had fought innumerable wars to conquer this invincible fort. Right from Akbar to Shivaji to Malik Amber to British had waged many wars to gain control over this fort. Today the main attraction here is the museum, which was actually a jail, where Pandit Nehru and Abul Kalam Azad were imprisoned by British during India’s freedom struggle. 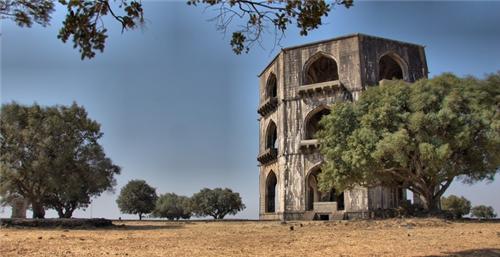 Don’t miss this place for its sheer lush greenery that surrounds the historical tomb. Although the tomb which resides in the three storey building is in absolute ruins, but the lush greenery surrounding it will absolutely calm you and indeed makes this place absolutely worth visiting.

Although today this 15th century monument is in absolute ruins, but its distinct octane shape still makes it an aesthetically beautiful monument. In fact if you’re an avid photographer, this you’ll be more than happy to visit this place. 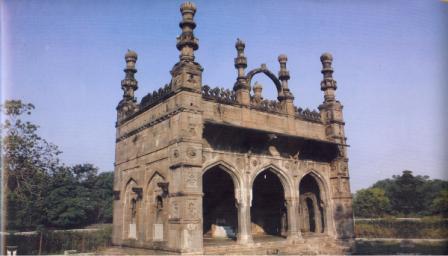 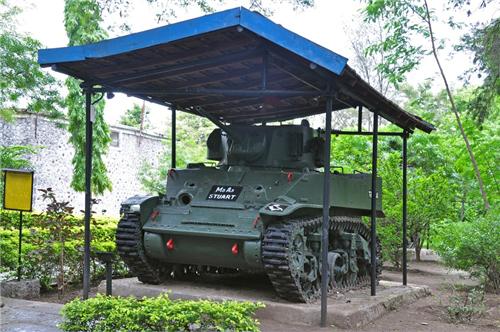 This is a Tank Museum and there isn’t another tank museum in entire Asian continent, which invariably makes this tank museum extra special and a must visit destination. The tanks exhibited here are also historically important, as they have participated in some of the important wars like World War I, World War II and Indo Pak 1971 war.

This is the most famous and celebrated temple of Ahmednagar city. A visit to Ahmednagar city would definitely be incomplete without paying visit to this temple. In fact its iconic status is such that even important Mps and MLAs of  Ahmednagar district visit this temple to seek the auspicious blessings of Lord Ganesha. 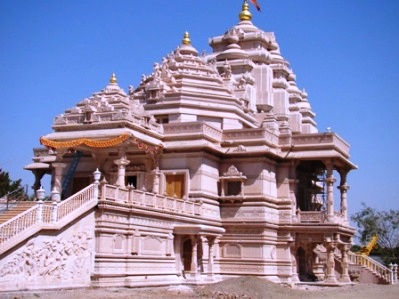 This is another very popular temple of Ahmednagar. In fact this is by far the most beautiful temple of Ahmednagar city and hence should not be missed. As is evident from name, it is dedicated to Lord Dattatreya. it is located very near to Tarakpur Bus Stand.

Overall, Savedi area is the place where all the best action of Ahmednagar takes place.

This market is also known by the name M.G road and is absolute shopper’s paradise when it comes to buying best cloths and sarees. You’ll find all types of cloths here – right from traditional to western attires. However, don’t expect any sophisticated shopping experience here. This is a traditional market place, divided in small lanes and hence is always overcrowded.

You can also eat some great food here. There are many eateries at this place. Don’t miss especially Misal Pav, which is served at many eateries here. Ahmednagar’s Misal Pav is as spicy and delicious as the famous Kholpuri Misal Pav.

Dine at some fine buffet and Multi Cuisine restaurants

Although there are not many buffet and multi cuisine restaurants in Ahmednagar city, but few restaurants that there are do offer very good food and ambience. Names of these hotels have been given below.