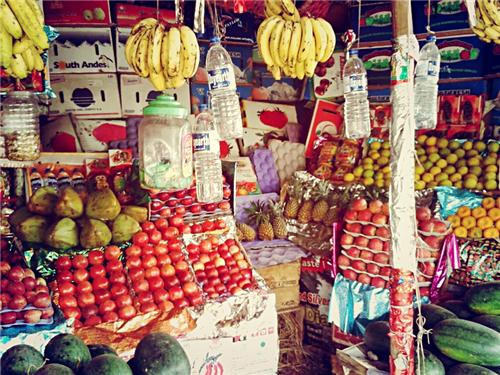 A local fruit shop in Ahmednagar
The overall shopping scene in Ahmednagar city is pretty vibrant and colorful. Although it may not have glitzy shopping malls or modern day shopping marts, but its overcrowded vegetable & fruits markets, clutters of retail shops and hordes of street vendors do make up for a very engrossing shopping experience. In other words, Ahmednagar shopping is all about street shopping and traditional retail shopping. This obviously means that haggling in crowd, bargaining and chaos are very much integral part of shopping in Ahmednagar.
Like all other cities, Ahmednagar too has few famous market areas. These are Kapad Bazaar (known for its special cloths and sarees), Savedi and Maliwada vegetable & fruits market. Amongst these Savedi is currently the most sought after commercial destination of Ahmednagar. It is home to many commercial shops and also Ahmednagar’s first and only supermarket store Big Bazaar is also located at this place. 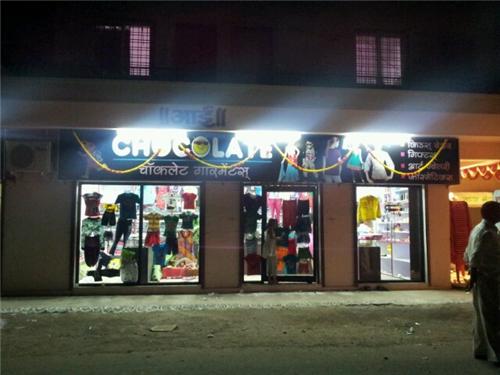 New malls have been coming up in the city
As for what you can shop for in Ahmednagar. You can shop for everything and anything in Ahmednagar. Despite being a semi urban city Ahmednagar offers pretty much everything that a normal shopaholic craves for. Right from all types wardrobes to expensive furniture’s, from antique items to modern accessories. And of course daily items like fruits, vegetables and food grains are sold in almost every market here.

Overall, shopping in Ahmednagar doesn’t give you touch of modern sophistication, but rawness brought forth by its traditional shopping ambiance is in itself an engrossing experience.