Below is a brief description of all the top religious spots in Ahmednagar, i.e. sacred temples, mosques, churches and other sacred places concerning other faiths and religions. 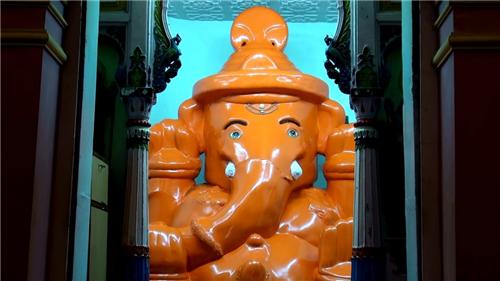 The most famous and celebrated temple of Ahmednagar city, Vishal Ganpati temple has been the most beloved and cherished temple for Hindu devotees of Ahmednagar city for more than 100 years now. Its iconic status can be compared to that of famous Siddhivinayak temple of Mumbai. Besides its iconic status, the temple’s aesthetic beauty visible through its complete white marble construction and of course the Ganesha idol that sits in unique blessing posture obviously enhances the spiritual fervor of visiting devotees.

Although not a very old temple, but this Lord Dattatreya Temple is today one of the most visited temples of Ahmednagar city. This is all thanks to the beautiful architectural building that it boosts and immense peace and spiritual solace that it offers to its devotees. In fact in terms of architectural beauty, this temple is today by far the most beautiful temple of Ahmednagar city. One distinct architectural feature of this temple is that it has been constructed with special pink colored Bansi-Pahadpur stones that were specially imported from Rajasthan. And this has obviously given the temple a very beautiful look.

Anand Dham is a beautiful lotus shape monument where the samadhi of famous Jain saint Sant Acharya Anandrishiji resides. Although there are quite a few Jain temples throughout Ahmednagar city that are equally sacred, but Anand Dham holds a bit more special place among Jain devotees. This is so because Sant Acharya Anandrishiji was immensely revered by Jain devotees during his lifetime and is revered even today. Besides, Anand Dham is also a tourist destination and hence attracts not just devotees from Jain community but also devotees/tourists from other communities. 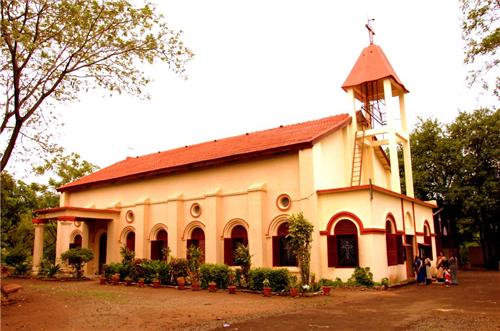 Christ Church located in the famous Bhingar camp area is unarguably one of the most sacred churches for the Catholic Christian community of Ahmednagar city. The church is also constructed very beautifully and is surrounded with immense lush greenery. Besides, this beautiful church is located in the very heart of the city, invariably making it accessible for local Christians. And one can’t also forget to mention that this church has 150 years of glorious history. 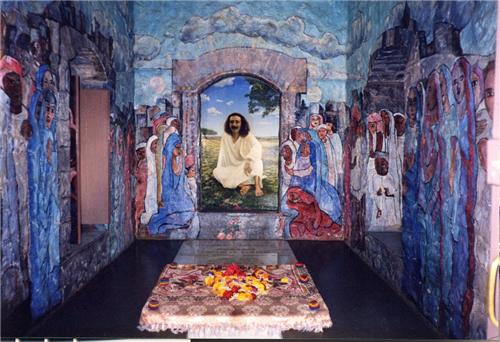 Located in a small town of Meherbad - 30 kms away from Ahmednagar – today Samadhi of Meher Baba is indeed an international pilgrimage center. Hence Samadhi of Meher Baba is today visited not just by devotees from Ahmednagar and India, but also devotees from far across the world. Meher Baba was a enlightened soul, who with his universal teachings of love and peace had touch the lives of millions of people across the world. Today people of Ahmednagar feel very proud that such a great man had lived and breathe his last in their city. His sacred samadhi is today indeed a pride of Ahmednagar city.

A very small and beautiful Dargah where the tomb of famous Sufi saint Hazrat Shah Sharif resides. However, what is really special about this Dargah is that it is not just visited by Muslim devotees, but devotees from all religions and castes. This Dargah is undeniably one of the proud symbols of religious harmony and tolerance in Ahmednagar city. It is located to very near to the famous Damadi Mosque, which is known for its architectural beauty.

Here is name of other famous religious spots. Few of these spots are not located exactly in the heart of city Ahmednagar, but a bit from it. But, nonetheless are still popular among the devotees of Ahmednagar.