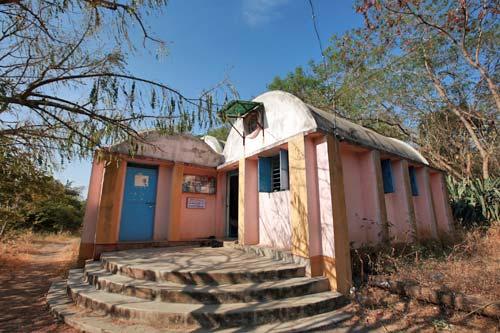 Ralegan Siddhi, a very small village located some 60 kms away from Ahmednagar city is today unlike any other village in entire India. What makes this small village so exceptional is the unprecedented economic development it has achieved despite being faced with severe odds and challenges. From being one of the poorest villages in entire India 3 decades back, today it stands amongst richest villages in entire India. This complete and unbelievable turnaround against all odds today makes Ralegan Siddhi the pride and a precious jewel in the crown of Ahmednagar district. Besides, more importantly it stands as a inspiring role model for sustainable economic development for thousands of poor villages across India.

But, how did this small village from Ahmednagar achieved this seemingly impossible dream without any government support whatsoever? Answer to this question lies in the vision and perseverance of one man: Anna Hazare. This man today needs no introduction at all. This famous social activists and anti corruption crusader is proud resident of Ralegan Siddhi and who single handedly transformed this once poor village into amongst richest in India.

Anna Hazare’s tryst with Ralegan Siddhi’s social development began in 1975, when he decided to quit his job in Indian Army only for the sake of dedicating his entire life for social development of Ralegan Siddhi. What motivated him to take this life changing decision was the abject and deplorable poverty that he witnessed all throughout the village. The abject poverty was direct result of the meager rainfall that Ralegan Siddhi and entire district receives even today. Since entire Ahmednagar District comes under severe drought area zone.

With meager annual rainfall of 400–500 mm, Ralegan Siddhi’s farmers were literally surviving on one day’s meal. Worse, there was no presence of any industries to create employment and nor was the apathetic government scarcely interested in building dams or irrigation canals. The future of Ralegan Siddhi was terribly bleak. And the future could have very well turned out to be bleak had not Anna Hazare took things in his own hand.

Anna along with his some closed colleagues began working on Watershed Development Project and Water Management Project in the village. He and his colleagues carried out this project by building many nulla bunds, cement check dams and gabion structures around. The sole purpose of these projects was to save every drop of water from meager rainfall this drought region received and to use the same precious water to revive the agricultural prospects in the region. 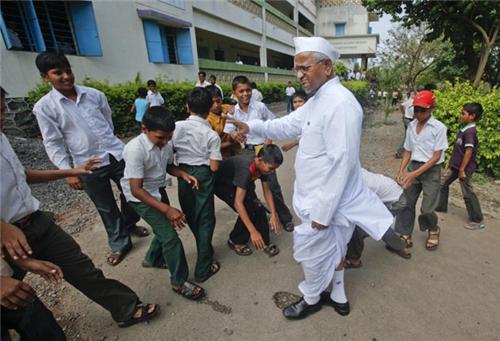 Anna and his team really trolled hard to make these critical projects possible. And their hard work and endurance paid off quite handsomely. As these projects completely transformed the condition of the village.

How these projects helped to transform this village and also help it make it one of the richest villages of India has been mentioned below:

Why one should visit Ralegan Siddhi?

Rather the question must be why one should not visit Ralegan Siddhi? After all, this is a role model village that boosts a inspiring story like no other village in entire India. And this is purely why it is visited by thousands of academicians and researchers every year. They all come here to know and understand how a simple project like Water Shed Development can change the fortunes of entire village.
Besides, this is also one of the rare villages in entire India that uses non conventional energy in a very big way; i.e. solar power, biogas and windmill. In fact, all the street lights in this village are run by solar panel. And last but not least, even a important institution like World Bank has concluded that Ralegan Siddhi is not just role model village for India, but for villages across entire world.

A village that has so many accomplishments to its name surely deserves a visit. And more so if you’re a tourist or local residing in Ahmednagar. Since this inspiring village is located very near to Ahmednagar city.