Ahmednagar’s history is actually quite rich and engrossing. The city is strategically located in the Deccan plateau region which has made it the most sought after place amongst prominent military invaders of ancient and medieval history. From being the citadel of many famous dynasties during ancient history, to being the symbol of the emergence of Nazim Shahi Dynasty, to having witnessed the ascendency of Mughals and meteoric rise of Marathas, Ahmednagar has witnessed history like no other city of Maharashtra. Given below is brief summary of rich history of the Ahmednagar city.

The ancient history of Ahmednagar dates back to the reign of great Mauryan Emperor Ashoka during 240 B.C. The place finds references in many administrative journals and scriptures of Ashoka’s Mauryan Empire, but during Ashoka’s reign this place was not known by the present name of Ahmednagar and nor was it recognized as an important city or place. As matter of fact the real name of Ahmednagar during ancient history is still a mystery, but the place did went on to occupy prominence during later period of ancient period under many different dynasties. The most prominent among them were Rashtrakuta, Chalukya and Deogiri Yadavs dynasties. 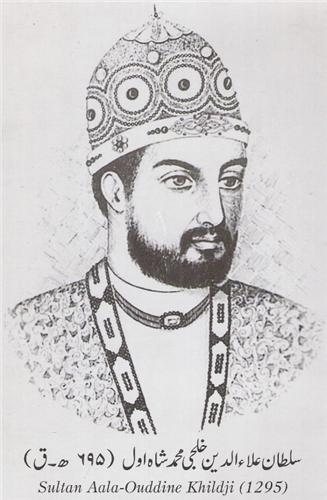 Rise of Muslim Dynasties in Ahmednagar

The year 1294 A.D witnessed the beginning of the rule of successive Muslim dynasties over the Deccan region including the present day Ahmednagar city. As year 1294 A.D saw the end and defeat of the last serving Hindu ruler Ramdeorao of Deogiri Yadav dynasty at the hands of Allaudin Khilji. Allaudin Khilji was the first Muslim ruler and his dynasty Delhi Sultante was the first Muslim dynasty to take control of Deccan region. The Delhi Sultante’s reign and control over Deccan region eventually ended in year 1347 A.D, when Delhi Sultante’s incumbent ruler Muhammad bin Tughlaq faced revolt by one of his military administrator Ala-ud-Din Hassan Bahman Shah. Ala-ud-Din Hassan Bahman (popularly known as Hasan Gangu) ultimately laid the foundation of famous Bahmani Sultanate, which ruled the Deccan region for almost 150 years.

The rule and reign of Bahmani Sultanate was indeed the beginning of Deccan region’s golden era. As the region grew in prominence militarily as well as economically. However, the golden era of Bahmani Sultanate came to premature end when in year 1490 one of the Bahmani Governor Malik Ahmad laid a military revolt against his own kingdom and eventually established an independent kingdom in many important parts of Deccan region including the present day Ahmednagar. This kingdom or rather dynasty was known by the name Nizam Shahi dynasty.

Ahmednagar really came on its own during Malik Ahmad’s Nazim Shahi dynasty (1494 -1600). As 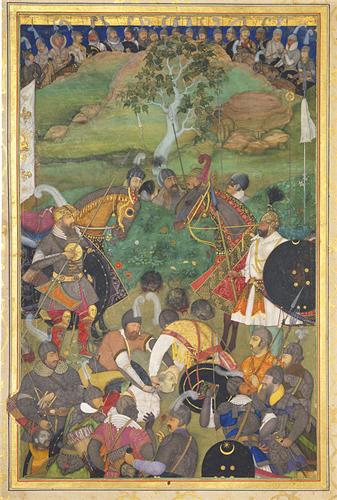 matter of fact Malik Ahmad, the founder of Nazim Shahi dynasty, was the first ruler to have transformed Ahmednagar into a booming economic and cultural town and it was he who had named this city as ‘Ahmednagar’. The very name by which this city is still known by even today.

The city of Ahmednagar, which had already become cultural and economic hub, gained further importance when it was made the headquarter/capital of Nizam Shahi Empire. The construction of famous and humongous Ahmednagar fort was further vindication of Ahmednagar city’s prominence during Nazim Shahi Empire.

However, Nizam Shahi dynasty’s hold and supremacy over Ahmednagar was continuously facing threat from ever expanding & powerful Mughals, who had already built a powerful empire in the Northern India. Finally, in year 1600, by which time Nizam Shahi rulers had fairly became weaker, Mughals were successful in capturing Ahmednagar.The military invasion was led by the army of legendary Mughal emperor Shah Jahan. An interesting anecdote from the military invasion of Mughals was the bravery and courage displayed by Queen Chand Bibi, who was the default acting ruler of Nizam Shahi kingdom at that time.Chand Bibi was eventually martyred during the war. Her stories of martyrdom and bravery are still famous among the local people of Ahmednagar. 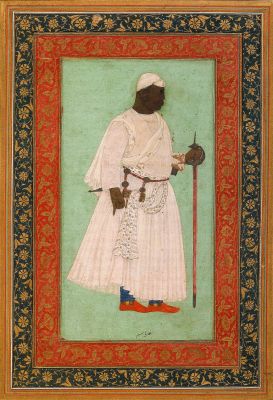 With the fall of Nazim Shahi dynasty in 1600 at the hands of Mughals, Mughals obviously thought that their dream of ruling one of the important parts of Deccan region has been eventually fulfilled. But their dream was completely throttled by Malik Amber, who was believed to be an efficient military general under one of the last serving Nazim Shahi king Murtaza Nizam Shah III. Malik Amber, who with his sharp military guerilla tactics and with small band of army troops, established a parallel Nizam Shahi kingdom in Aurangabad city.

However, Malik Amber had always craved to snatch the once citadel of Nizam Shahi dynasty ‘Ahmednagar’ from the control of Mughal rulers. And many a times he did succeeded in doing so by thrusting defeat on Mughals, but in one of the battles fought in 1620’s Malik Ahmed lost the Ahmednagar city to Mughals for once and all. Malik Ahmed died in year 1626 and with his death skirmish between Mughals and Malik Ambar over the control of Ahmednagar city came to permanent end.


The Rise of Marathas

During the beginning of 18th century Mughals were no more the force to reckon with. This was largely 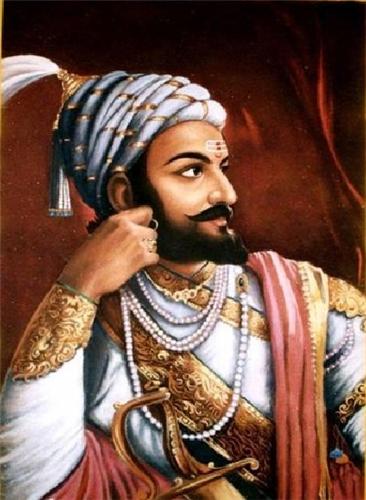 due to the deteriorating health of their once powerful emperor King Aurangzeb. The Marathas, initially under Shivaji and then later under Peshwas, completely took advantage of this fact and kept attacking the Deccan region. Their persistent efforts finally yielded result with the demise of Aurangzeb in 1707, as Mughals control over Ahmednagar and Deccan region became completely weak after the death of Aurangzeb. Marathas under the Peshwa regime eventually took full control of Ahmednagar and other parts of Deccan region in the mid 18th century. By the end of 18th century Marathas hardly had to face any challenge from Mughals, but were very wary of the growing challenge posed by the Nizam of Hyderabad. In fact during later half of the 18th century the battle for supremacy over Deccan region was mainly contested between Marathas and Nizam of Hyderabad. However, Marathas eventually got better off the Nizam of Hyderabad and succeeded in maintaining their supremacy.

The final conquest of Ahmednagar was done by British, who by the beginning of 19th century had already become force to reckon with in entire Indian subcontinent. British and Marathas fought total 3 wars, which are known as Anglo Maratha wars. Marathas lost all of these 3 wars, eventually causing the downfall of once mighty empire and also conceding the entire control of Deccan region to British. In fact Marathas had pretty much conceded the entire Deccan region to British after their defeat in the second Anglo Maratha war itself. 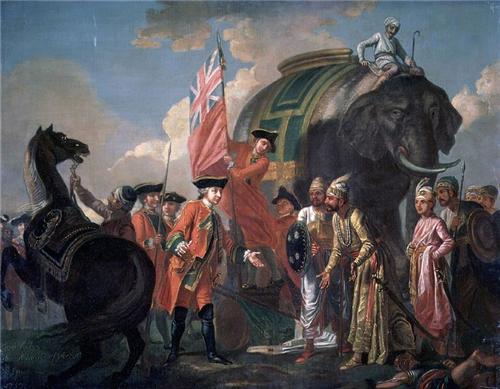 The role of the famous Ahmednagar Fort also surely deserves a special mention here. As Britishers had used this fort as a prison where many famous foredoom fighters including Pandit Nehru and Abul Kalam Azad  were imprisoned here. Another noteworthy fact is that Pandit Nehru had authored his famous book ‘Discovery of India’ when he was imprisoned in the very Ahmednagar Fort by the British government.