Ahmednagar city is privileged to have witnessed some of the greatest historical events of this country. Fortunately, these very historical events, which invariably also shaped the destiny of our country, have been immortalized in humongous forts, tombs and other beautiful monuments located throughout Ahmednagar city. Few of these historical monuments, needless to say, have today become major tourist attractions and hence attract local tourists as well tourists from other states round the year. 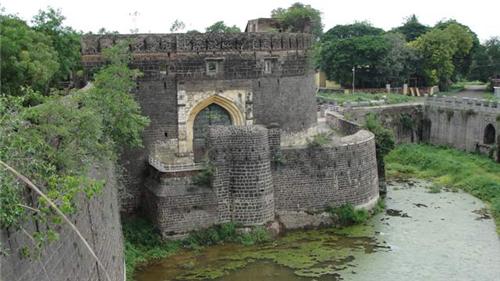 This historical fort is unarguably the pride of Ahmednagar city. Since this fort is considered as one of the greatest forts ever constructed in the entire history of India. Its greatness and critical importance can be ascertained from the fact that all the greatest kings of medieval history had fought innumerable battles for capturing this fort. Right from Akbar the great to Shivaji Maharaj to Aurangzeb had waged innumerable wars to gain control over this fort.

Built by Nizam Shah Ahmed during 15th century, Ahmednagar Fort may not evoke any awe and admiration in you immediately. But a closer look at it will eventually make you realize and understand that why this fort was such a fortress and why militarily and strategically it is one of the greatest forts ever built in India. Besides, this fort also carries immense patriotic value. As some of the greatest freedom fighters of India were imprisoned in this very fort by Britishers. This included stalwarts like Pandit Nehru and Abul Kalam Azad. Today the jail where Pandit Nehru and Abul Kalam Azad were imprisoned has been turned into museum and is one of the main attractions of this fort. 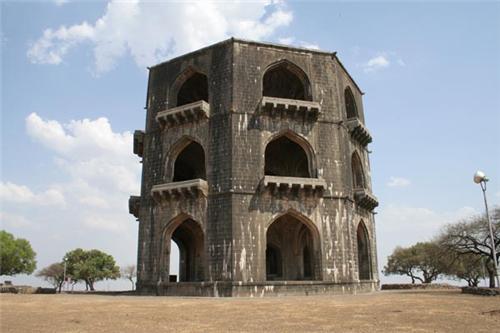 It is the lush greenery and scenic view surrounding this three storey monument that makes it so worth visiting. As matter of fact the surrounding lush greenery has made this place a sort of popular picnic spot and also attracts fair number of tourists round the year. An interesting piece of information about this monument that surely deserves to be mentioned is that this three storey structure monument actually doesn’t house the tomb of Queen Chand Bibi but Salbat Khan. In fact the actual name of this monument is not Chand Bibi but Salbat Khan Tomb. 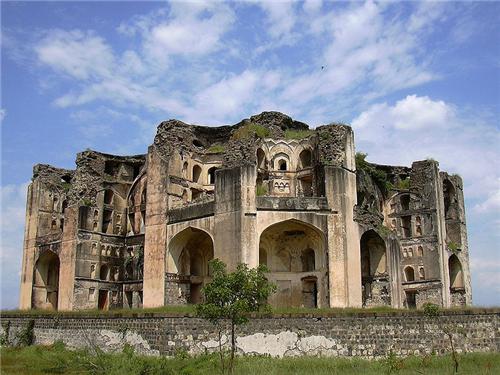 This is another prominent historical monument that today stands in a very ruined condition. But, nonetheless it still holds that charm of yesteryear glory. Its unique charm comes from its distinct octagon shape and humongous architectural size, which even today certainly beholds the attention of visitors.

This historical monument was built by Nizam Shah Ahmed himself during 15th century as the main recreation center of his kingdom. Here shayaris, ghazals and folk dances were organized to entertain King Nizam Shah Ahmed and hordes of other Nizam Shahi kings that followed after him. Legends also have it that King Nizam Shah Ahmed used to often visit this palace to play chess with his colleagues and friends.

The interiors of this famous palace, which is dotted with huge pillars, balconies and a huge dome, even today exudes with fond memories of its glory days. Although today Faria Bagh Palace may be in a ruined condition, but its historical value can never ever diminish; and certainly for its deep association with history this place is surely worth visiting. 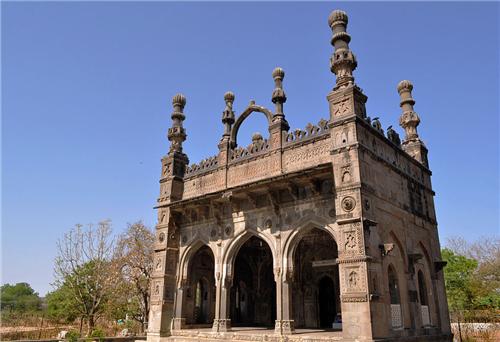 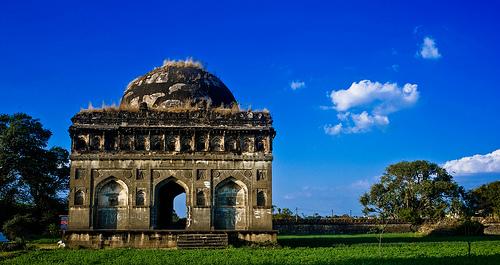 Anyone with slightest interest in history will surely not think of giving a miss to this historical place. Since at this place the tomb of Nizam Ahmed Shah is located. Nizam Ahmed Shah doesn’t need any introduction at all. He was not only the founder of Nizam Shahi Dynasty, but also of modern Ahmednagar city. So, visiting this place is indeed like visiting the very roots of Ahmednagar city.

Although today Bagh Rauza is in a very deplorable condition, but its priceless historical value makes it worth visiting destination.