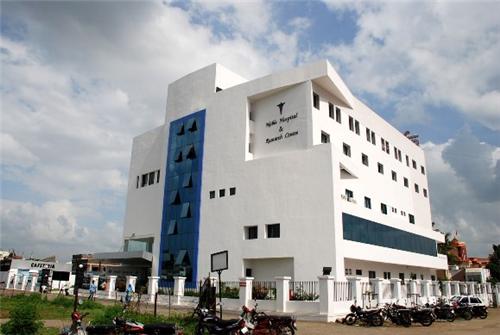 Today Ahmednagar is blessed with a very robust healthcare and medical service. As today the city has more multispecialty as well as general hospitals than ever before. This is equally true about blood banks, chemist shops, ambulance services and other important health services like dental clinics. But, the phenomenal rise is not just in quantity, but also in quality. This is amply proven by the fact that today Ahmednagar’s booming healthcare industry attracts thousands of patients not just from Ahmednagar city, also from far across Ahmednagar district.
With 24X7 healthcare facilities, many hospitals in Ahmednagar have upgraded their healthcare infrastructure for the treatment of corona affected patients. They also provide ambulances that are equipped with ventilator, ECG monitoring device and paramedic staff. Separate ward equipped with ventilators and testing lab for the treatment of patients they are doing a lot to ensure the early recovery of Covid 19 affected patients. Pathlabs of this city are equipped to carry out RT-PCR, COVID-19 Antigen Tests, COVID-19 Antibody Tests. You can also find medicines for Covid 19 patients in this part of Maharashtra.