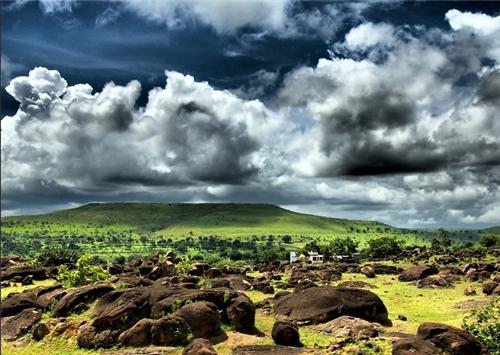 Important rivers like Paravara, Mula, Sina and Dhora lay in the proximity of Ahmednagar city.

Bhandardara dam and Mula dam are the two most important dams that lay in the adjoining towns of Ahmednagar city. Mula dam, officially known as Dnyaneshwarsagar dam, is responsible for supplying water to the entire Ahmednagar city.

Dense forests are found in the western parts of Ahmednagar district.

As for climate, Ahmednagar city and also the entire district comes under dry zone. Hence the city experiences dry and humid climate for most part of the year. The humidity does come tad down during monsoon and winter season. The average rainfall received during monsoon season is minimal 501.8 mm.