Today it is a well acknowledged fact that Aadhaar Card is the single most important identity proof document for any Indian citizen. Right from availing benefit of subsidized LPG gas cylinder to legally validating any financial transactions, having an Aadhaar Card is an absolute must. So, if you’re one of those Ahmednagar citizens who still don’t own an Aadhaar Card, then you surely have to rush to the nearest Aadhaar Card center as soon as you can. 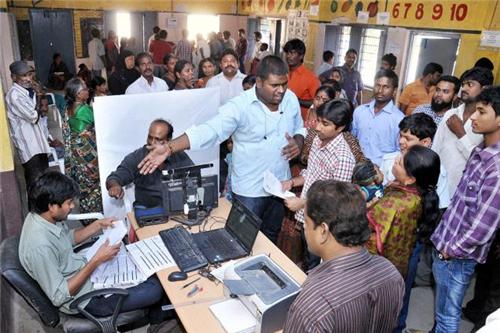 First and foremost, you’ll have to collect Aadhaar form from the nearest center, then fill it and then finally submit it to the same center with necessary documents. In case if all your family members want to subscribe to Aadhaar Card, then please note that each member would need a separate form. As for which documents you need to submit along with the form, please read the below pointers.


Given below is complete address of all the Aadhaar Card centers in Ahmednagar main city and its adjoining towns.